It had been a hot week, with all daytime temperatures approaching — or over — 100 degrees. I saw this on the New York Times Cooking website, and we decided to try it. That first time we garnished it with a soft-boiled egg. Wrong. The “broth” was barely there, so this week we made it again, with the revisions shown below. Much better, and perfect for a really hot day. We like the addition of the shrimp, but you could leave them off.

Last note: I usually toast my sesame seeds in a small non-stick skillet, swirling and tossing until they look a slightly darker color. But on our last trip to the Ranch 99 Market near us they had a large container of Toasted Sesame Seeds. We brought it home with us and used it this go-round. 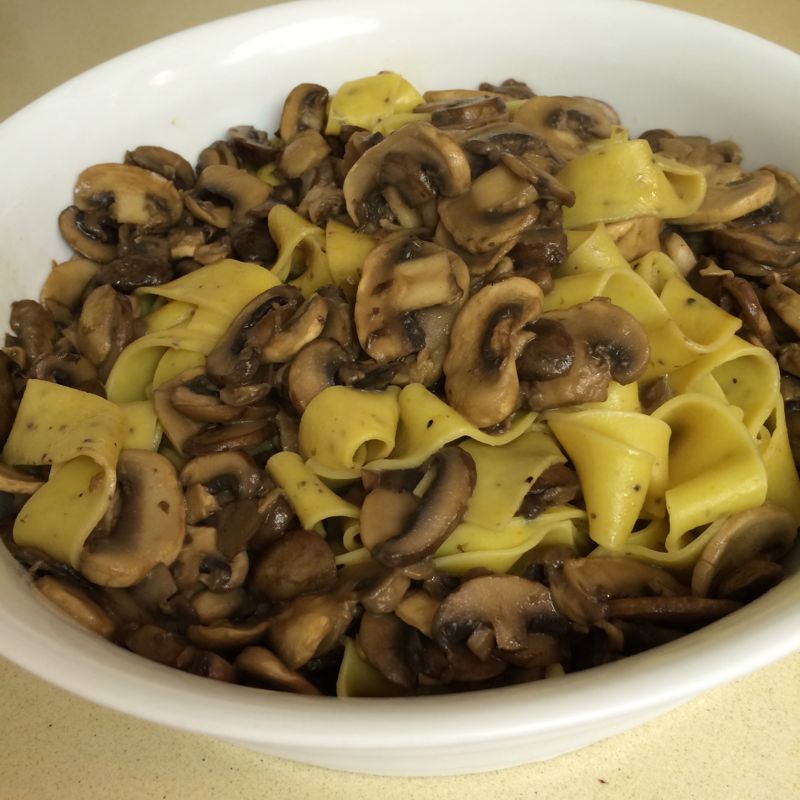 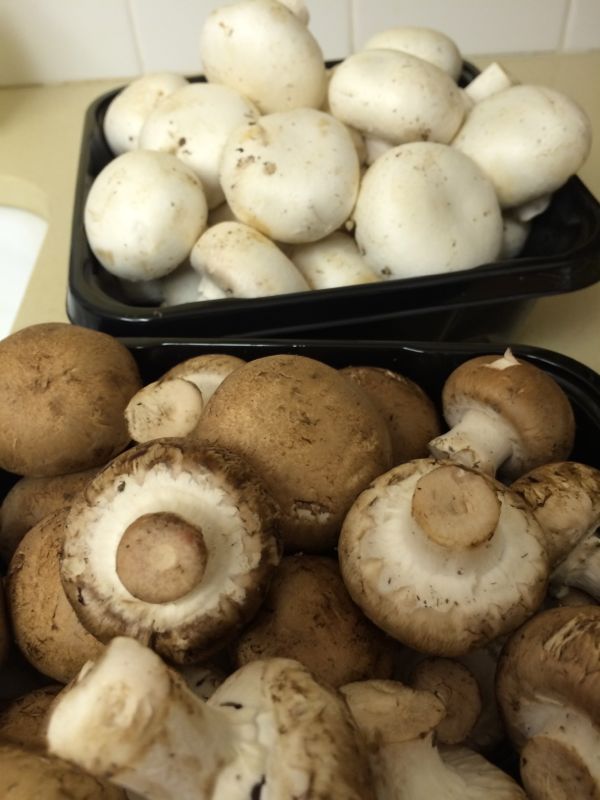 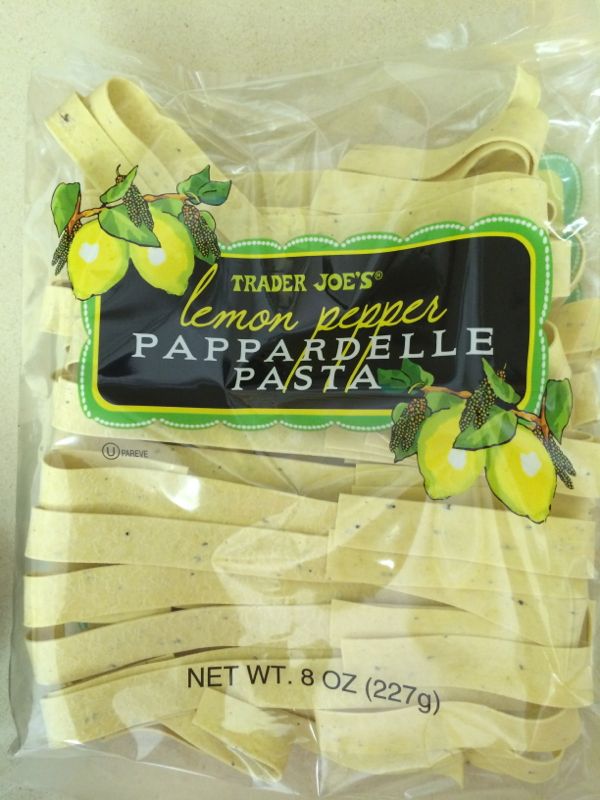 TOTAL TIME: 35 minutes
Put the water on to boil for the a Lemon Paparadelle noodles from Trader Joe’s or use any high quality flat noodle that is at least 1/2″ wide. In between all other tasks, cook the noodles to al dente and the let them drain. Just before combining with the mushrooms, run hot water over them to freshen and unstick, the let drain again. Or, just get the timing down so the noodles are ready when the mushrooms are. 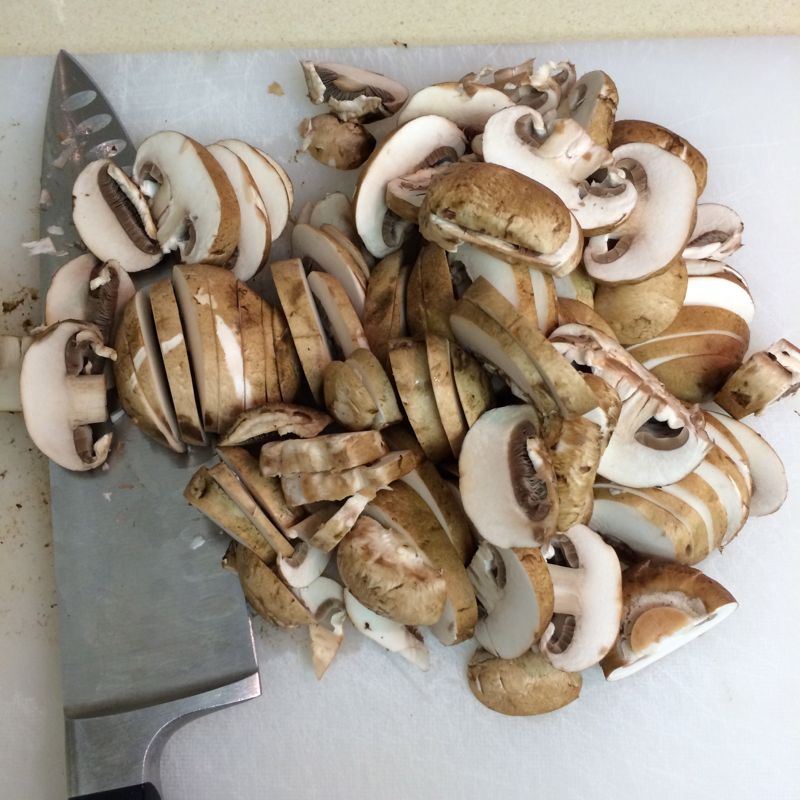 FOR THE MUSHROOMS
About 20-30 ounces of mushrooms, thinly sliced (It’s better with a combination of mushrooms, such as Golden Oak, Crimini and Shiitakke, but it’s still quite good with just white mushrooms and crimini.) I do not measure, but when combining the mushrooms at the end, most go into the mixture, but some might be held back for another day. You be the judge.